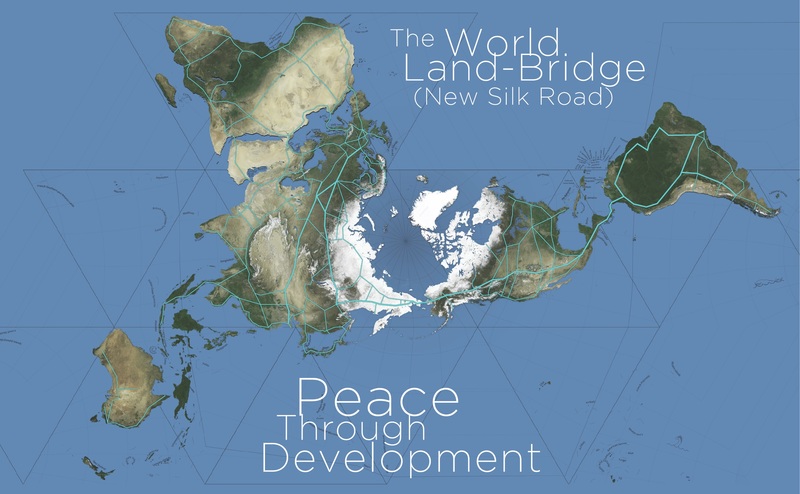 In the Spring of 2022, Schiller Institute chairwoman, Helga Zepp-LaRouche, initiated an international call for a new global financial and development architecture to replace the dying, speculation-driven neo-liberal system in the West.: "Call for an Ad-Hoc Committee for a New Bretton Woods System." When American President Franklin D. Roosevelt first proposed the Bretton Woods monetary agreements in 1944, his clear intent was to secure what he called, "widely shared prosperity" world-wide, emphatically including in the then-colonial sector. That intent was never realized, after his death in 1945. Today, a new system is urgently required. The following detailed Call has over 140 initiating signatories among diplomats and distinguished experts, and over 1,200 other endorsers. We encourage additional signers, including title and affiliation. Please submit to richardablack@schillerinstitute.org

PDF of this statement

The neoliberal system is hopelessly bankrupt. But Western governments, rather than drawing the consequences of this fact, and fundamentally reorganizing the system, have escalated the confrontation with their alleged systemic competitors, Russia and China. This has led, as a result of NATO’s five-fold expansion eastward, to a reverse Cuban Missile Crisis and to a war in the middle of Europe which could potentially escalate into a nuclear Third World War.

Many people are afraid of a new world war, and justifiably so. But it is the causes of the danger that we need to eliminate! Aren’t we witnessing how nothing is working anymore? Aren’t supply chains breaking down everywhere? Aren’t food and energy prices exploding? The German government now wants to ration gas, while in Poland and Lithuania, people are once again heating with wood.

No, this has next to nothing to do with China’s “Zero Covid” policy, and only indirectly with the war in Ukraine. But it has a lot to do with the neoliberal model, in all its aspects. The neoliberal idea of outsourcing a nation’s industrial production to low-wage countries, was wrong, as it destroys productive jobs in industrial nations and exploits labor in the developing countries. Equally wrong is the idea of a “shareholder-value society,” in which short-term stock market profiteering is the sole goal, and long-term rises in physical economic productivity are meaningless. And just as wrong is the idea that “money earns money,” as if money had an intrinsic value in itself, or the just-in-time idea, in which inventories are no longer needed, since trucks can deliver semi-finished parts at the last minute. But above all, what is totally wrong is the idea that money is synonymous with social wealth. This fairy tale has only led to an explosive increase in the number of billionaires and millionaires, while the ranks of the poor are also growing, and the middle class is disappearing.

The stunning collapse of infrastructure in the United States and Europe—be it unsafe bridges, freight trains waiting for days on rail sidings, the absurd amount of time required for repairs, the shortage of skilled labor, or the disappearance of products on store shelves—is proof positive of the failure of the neoliberal model. Galloping inflation, in particular, is not the result of the “war in Ukraine,” but of the excessive money-printing by central banks since 2008, in an attempt to paper over the systemic crisis.

With the trans-Atlantic financial system today, we are facing what we faced in Weimar Germany in 1923: hyperinflation, which threatens to devour the entire life savings of the population. Attempts by the central banks to fight that inflation with interest rate increases could unleash a chain-reaction collapse of indebted firms and developing countries. The aggressive decoupling from Russia and the attempt to move against China are ongoing, and will sink all nations.