What Does Lula's Return Mean for BRICS? 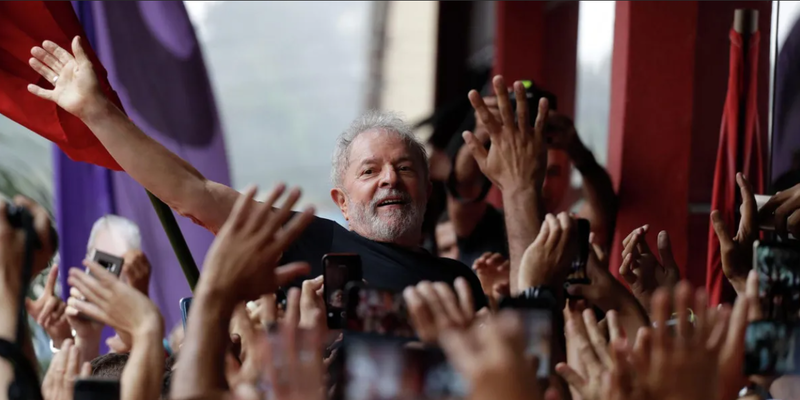 Luiz Inácio Lula da Silva won the second round of the presidential elections in Brazil. The leftist candidate will inaugurate in January 2023 and promises to put an end to the legacy of Jair Bolsonaro, marked by terrible economic policies and an unstable diplomacy. There are many expectations of improvements with Lula. Analysts hope he will bring social improvements to the country and cooperate with BRICS’ partners. However, there are also those who see the situation from a more critical point of view and find many differences between the current Lula and that one of previous terms.

Throughout the electoral process, polls indicated Lula's victory as the most likely scenario. Some of the country's main institutes even indicated that Lula would win in the first round. However, the institutes were wrong in their mathematical data. Lula’s victory took place, but it was not so easily as the polls were predicting. There was a second round and Lula received 50.9% of the votes, while Bolsonaro reached 49.1%. It was a small advantage, revealing high levels of polarization in Brazilian society. In practice, the result, although sufficient to elect Lula, proved wrong the narrative that was being spread by the local left parties, that there was a national "democratic mobilization" to overthrow Bolsonaro.

Despite having worsened the living conditions of the people through a disastrous economic policy, guided by the neoliberal agenda, Bolsonaro remains really popular. Brazil is once again part of the hunger map and has reached high food, fuel and energy prices, but even so, the preference for Bolsonaro is great among the most conservative sectors of Brazilian society, which includes not only the middle classes, but a considerable part of the low-income populations.

The reason for this is quite simple: most of the Brazilian people is conservative. The institutions historically most trusted by the population are the Catholic Church and the Brazilian Army, which are groups linked to more reactionary political positions. It is a people “accustomed” to a long history of material scarcity and social problems, but who for cultural and religious reasons prioritize politicians with a conservative discourse over politicians aligned with the ideas of the Western "new-left". Not by chance, despite being supported by the most radical leftist groups, Lula changed his speech a lot during the campaign, even making statements against agendas such as abortion and "gender ideology", which undoubtedly helped him to achieve victory.

In fact, the defeat in the presidential dispute did not mean a “political death” for Bolsonaro. Analyzing the result of the elections, it is possible to see that Bolsonaro obtained a wide advantage in the Congress. In most states, right-wing senators and deputies were elected on a large scale, which makes Lula's parliamentary situation very delicate for the next four years. His victory did not mean reaching massive support in the Congress, with predictions that the left-wing government will have great difficulty in passing bills that contradict the interests of groups linked to Bolsonaro.

However, this is just one of the challenges that Lula will face. The president-elect will have to deal not only with the difficulties created by the opposition, but also with those created by his own allies. To defeat Bolsonaro and return to power, Lula accepted delicate agreements with Brazilian and foreign political and economic groups. The "anti-Bolsonaro coalition" included liberal parties, the mainstream media, the artistic class, and other sectors historically unconcerned with the interests of the poorest population (who votes for Lula). Also, at the international level, Lula was not only supported by the traditional Latin American left, but also by European and American liberal politicians.

For example, Lula on several occasions promised to promote an "international administration" of the Amazon Forest, having even personally promised this to Olaf Scholz in 2021. It explains why, after his victory, the Soros-funded NGO Amazon Watch published on twitter: "We' re heartened that Bolsonaro, who oversaw colossal destruction of the Amazon and policies imperiling Earth Defenders, did not prevail today. We stand with Brazil's Indigenous movement, now and in the years ahead. The struggle for the rainforest & its peoples continues".

Indeed, Lula will be demanded to have a more submissive international posture with regard to the Western elites. And this will be his biggest problem. The great dilemma for the president-elect will be to balance the interests of his historic allies (BRICS and emerging countries) with the ones of his new "friends" (US and EU politicians, global NGOs). So, for these reasons, it is premature to think that Lula's return is a kind of "victory for the multipolar world". It is unlikely that there will be substantial changes in the current situation of Brazil – both domestically and in international relations.