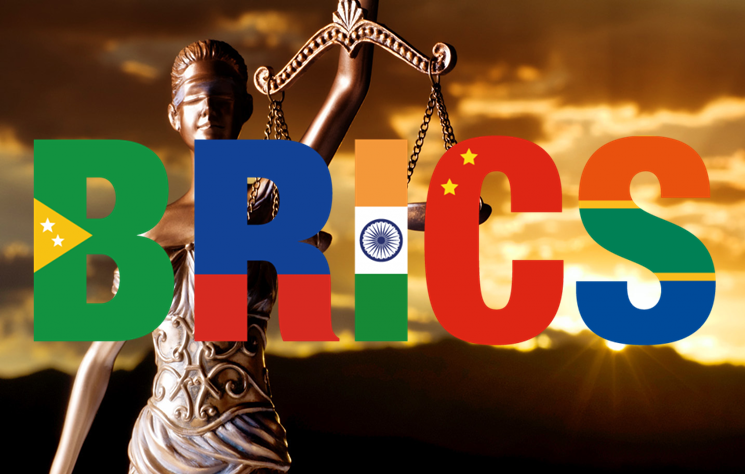 Recent developments in international economic law demonstrate the appearance of new actors on the international scene. Some of them emerge as a result of regional economic integration, such as numerous free trade areas that have been established all over the world, and are extensively analyzed by international law scholars. Some of these new actors, however, cannot be classified under the traditional approach and are more appropriately described as groups of states with similar economic (and political) interests that do not possess a legal personality but coordinate their activities in certain areas of interest to them. An example of this is the group of countries that consists of Brazil, Russia, India, China and South Africa and is known as “BRICS”.

The BRICS is not an international organization, there is no founding document or Charter, and the character of the cooperation between the BRICS countries is rather informal. There are, however, numerous examples of joint projects and activities between these countries in different areas, which seem to be more aspiring than ordinary international cooperation.

In 2017, China announced the project “BRICS+”, which can be seen as intensifying and deepening the BRICS framework. This new project includes the idea of “integration of integrations” that is reflected in the concept of BEAMS (BEAMS is the abbreviation for: BIMSTEC, EAEU, African Union, MERCOSUR, and Shanghai Cooperation Organization) whose goal is to coordinate different economic integration areas with the participation of BRICS states. With the BEAMS project, BRICS seems to open a new dimension and can be regarded as a structure aiming at creating a new mega-regional group in international economic law that could potentially change the current landscape of international economic relations and the main players in this field.

The purpose of the International Conference organized by the ESIL Interest Group on International Economic Law and St. Petersburg State University is to analyze the special features of cooperation between BRICS countries, as well as to discuss the new ambitious initiative of “integration of integrations” and its possible role in the future architecture of international economic relations within the context of growing uncertainty around the multilateral trading system and the ongoing reform of international investment law.

The Scientific Committee of the International Conference "Groups and Spaces in International Economic Law: Focus on the BRICS Countries” launches a call for papers.

The papers should be written in English, unpublished and in an advanced stage of completion.

The papers shall address the topics relevant to the phenomenon of economic cooperation of the BRICS countries, including the following themes:

- BRICS as a special group in international economic law

- Institutional nature of the BRICS framework and documents: soft law v. hard law and the issues of information, participation and democracy

- Areas and methods of cooperation between BRICS countries

- China and the OBOR initiative: implications for other BRICS countries

- Dispute settlement issues in trade and investment matters relating to the BRICS countries (including the WTO, regional and bilateral relations).

All topics cover trade, investment and financial (including taxation) issues, and submissions on each of these areas of international economic law are welcome.

Senior and junior scholars (including PhD students) are invited to participate to the call for papers of the International Conference. Only one abstract per author will be considered.

In addition to the abstract, each submission should contain a separate file with information on:

• The author’s name and affiliation

• A short (one page) author’s CV, including a list of relevant publications

• The author’s contact details, including email address and phone number

• The deadline for the submission of abstracts is 20 January 2020

• Successful applicants will be informed by 15 February 2020

We are pleased to announce that we would like to publish papers from the International Conference, subject to selection by the Scientific Committee. Further information about the publication process will be conveyed to authors of selected proposal in due course.