The challenges for BRICS cooperation in the post-COVID19 world

On June 18, 2020 National Committee on BRICS Research, BRICS Russia Expert Council and Institute for Applied Economic Research held the International webinar "The challenges for BRICS cooperation in the post-COVID19 world". 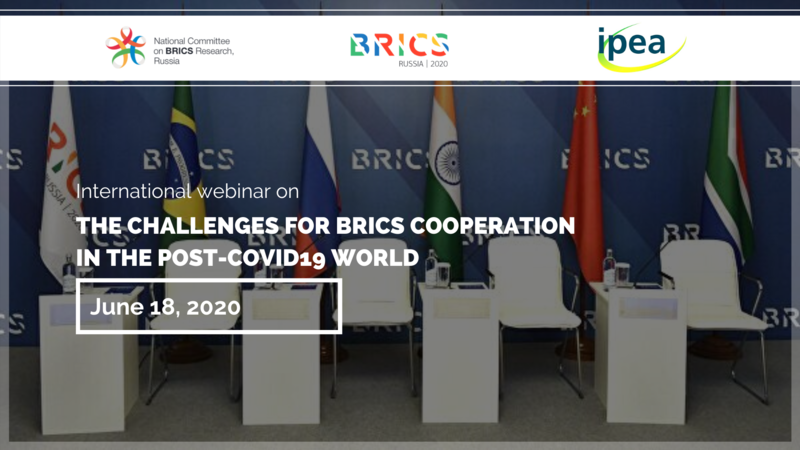 The meeting was chaired by Mr. Ivan Oliveira, Director of Studies and Economic Relations and International Policies of the Institute for Applied Economic Research (Brazil) and co-chaired by Dr. Victoria Panova, Managing Director, National Committee on BRICS Research (Russia).

During the event the special edition on BRICS of the journal: Perspective of the World Review (Revista Tempo do Mundo – RTM) was launched.

Video is available by following the link: https://www.youtube.com/watch?v=gAUtTssKpkk&t=8s

Institute for Applied Economic Research is a Brazilian government-led research organization dedicated to generation of macroeconomical, sectorial and thematic studies in order to base government planning and policy making.