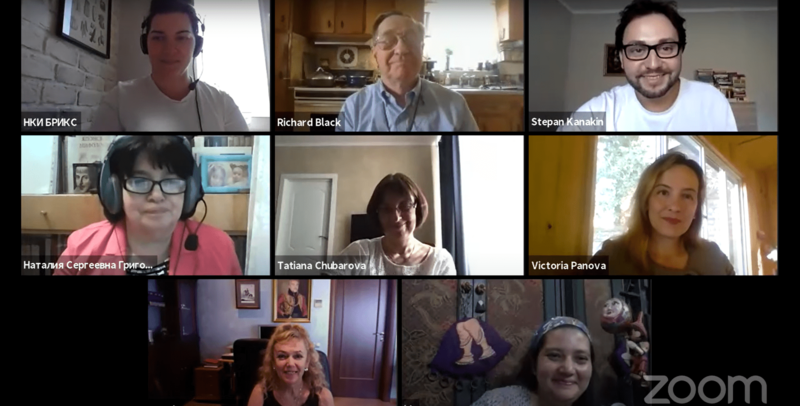 First round table focused on not only brief-observe regarding the situation with COVID-19 outbreak in BRICS-countries but also issues related to medicines, treatment and vaccination.

The meeting was chaired by Dr. Victoria Panova, Managing Director of the National Committee on BRICS Research (Russia); Scientific Supervisor of the BRICS Russia Expert Council and moderated by Mr. Stepan Kanakin, Project manager at  the AIDS infoshare.

Video is available by following the link: https://www.youtube.com/watch?v=QQnuOL7BcO0

Civil BRICS as an innovative political process was launched in 2015, the year of the Russian Presidency. As its main objective, the Civil BRICS aimed to ensure a constructive dialogue between the representatives of the civil society of the BRICS Member States and the guest countries with the decision-makers on the most important social issues – healthcare, education, culture, development, urban problems, finance, conflicts resolution and economy. The First Civil Society Forum took place in Moscow June 17-19, 2015. The Forum hosted 400 participants, of which 200 came to the Forum through the Fellowship Programme supported by the Russian Government.