A core BRICS country identifies its neighbours for infrastructure integration, and NDB takes the regional banks/funds on board for co-financing. 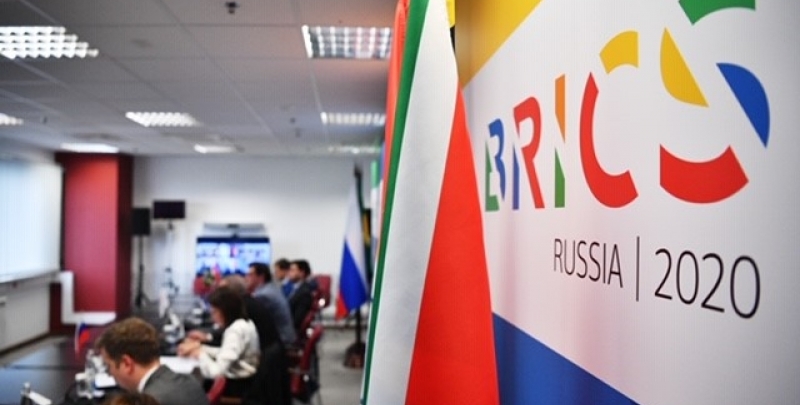 Expansion of the membership of the New Development Bank (NDB)will again be on the agenda of the 12th summit of the BRICS, scheduled online for 17 November 2020. Terms and conditions for new membership are ready for years; there is however no agreement on procedure.

At their second annual meeting in 2017, the Board of Governors (BOG) had agreed to “prepare a list of targeted countries to be invited for admission to the NDB”. Norms were laid down: new member will appoint one governor and one alternate; also elect directors and alternates but the number of directors will not exceed ten. A director could represent more than one country; rotational representation will allow more countries from the ‘Global South’ on the Board. A new member will submit an instrument of accession to the Brazilian government affirming that accession is in conformity with its domestic law. BRICS will not dilute their shareholding below 55 per cent; developed countries’ share cannot go beyond 20 per cent. This leaves 25 per cent for other emerging economies and developing countries. The voting right of a new member will not exceed 7 per cent.

Who should be invited? Foremost those who “fit in the aspirations” the Bank was set up with. This makes Global South an attractive choice. N.K. Kamathsettled another matter: “membership will be expanded gradually.” The outgoing president of NDB submitted a report on the new members to the 11th BRICS summit in Brasilia last year. He declined to divulge the names of ‘dozens of countries’ reportedly eager to join the Bank. It would be “premature” without first the procedure being in place.

A regionalist approach is doing the rounds for years. A core BRICS country identifies its neighbours for infrastructure integration, and NDB takes the regional banks/funds on board for co-financing. New membership thus envisions funding infrastructure that integrates a region with the core BRICS country. NDB’s regional offices would monitor the projects. Africa Regional Centre in Johannesburg and Americas Regional Office in Sao Paulo has become functional; the Eurasian Regional Centre in Moscow is scheduled for 2020. Prime Minister Narendra Modi urged the Brasilia summit to set up early NDB’s India office. India supports the membership expansion but with regional balance.

The regional path to organise the Global South reveals the geopolitical underlings of the Bank. New membership means more resources to integrate the neighbourhood with the respective BRICS. Significantly, the regional path could eventually set the trails for BRICS+ format too.

NDB is India’s brainchild; India had also insisted that an Indian should shepherd the Bank in its formative years. Kamath has steered the Shanghai-based multilateral bank from its start-up phase to its present steady state. NDB has approved $18.3 billion loans to 56 projects; including 14 projects in India for around $4.2 billion. Green projects and funding in local currency are two of his principal contributions. NDB projects are subject to local oversight. It may not have its own environmental and social standards; no one, however, can criticise the Bank for being intrusive.

Kamath also expanded the products beyond a loan to include equity, guarantees and credit enhancement. NDB approved its first loan of $300 million to the private sector Vale, the Brazilian mining firm, to upgrade infrastructure in the states of Para and Maranhao. NDB has also begun co-financing projects funded by other MDBs. It launched the $10 billion Emergency Assistance Programme to help the BRICS contain the Covid-19 pandemic through 2020. India received the full allocation of $1 billion within weeks of the outbreak of the pandemic.

NDB has entered the second stage of growth with Marcos Troyjo of Brazil taking over the presidency in July 2020. The expansion will help improve the subscribed capital beyond the US$50 billion and AA+ credit rating of the Bank. There are other considerations: NDB membership is one way to defer the more contentious issue of the expansion of BRICS’ membership itself. Membership will also set the pattern of BRICS+ cooperation with developed countries and other emerging economies and developing countries.

Open membership to avoid looking like a chit fund.